A Short Introduction to Pheromones

In simplest but strictest terms, a pheromone is a chemical produced by an animal that changes the behavior of another animal of the same species upon exposure. For instance, when bees secrete chemical compounds to mark the existence of food sources, that is an excellent example of pheromones being used in nature.

A Short Introduction to Human Pheromones

First, it is known that smell has a significant effect when it comes to sexual attraction between humans. This should come as no surprise to learn since smell is one of the five senses, but what is surprising is how important it has been shown to be.

For starters, people tend to be much more positive about something when there is a smell that happens to be pleasing to their senses. This is the reason that retailers sometimes use pleasing smells in their establishments so as to put their customers in a better mood for shopping. Likewise, in a one-on-one encounter, a pleasing smell can make one person better-inclined to the other, which is important when the situation is so fraught with uncertainties. Better still, if the encounter is a success, it becomes that much more successful because a pleasing smell makes the experience that much more memorable for most people. Put together, these facts combine to make a person's smell one of the most important factors in his or her appeal. So much so that a person's smell has been shown in some studies to beat out even commonly-cited factors such as looks, height, weight, and income. 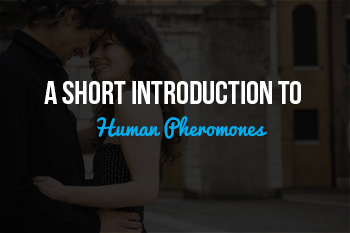 So how does all of this relate to the use of pheromones by humans in the context of sexual attraction?

Well, a person's smell is based on the chemical compounds secreted by his or her skin. For example, much of a person's smell is based on the secretions of his or her apocrine sweat glands as opposed to eccrine sweat glands, which can be found at select locations that include but are not limited to both the armpits and the groin. What should be of particular interest is the fact that these particular glands are not active until puberty, which is one of the reasons that they are believed to have a connection to sexual attraction in humans.

There is still much for researchers to do when it comes to this particular issue, but there have been some interesting insights provided so far. For example, one chemical compound produced by the apocrine sweat glands called androstadienone has been shown to improve the mood of women, thus making for a more positive encounter. Likewise, other chemical compounds have been shown to increase the levels of testosterone in men, which is one of the hormones strongly associated with sexual attraction in the same. Given these revelations, it stands to reason that human pheromones could provide a boost to those who want to be the most appealing that they can be under the circumstances.

Of course, before purchasing human pheromones for use, men and women should take some time to speak with us about our products. The more information that they learn about them, the better off that they will be.