Pheromone science has to be taken with a grain of salt. There are a lot of misconceptions out there that can lead to raising people’s expectations beyond what is normal or even healthy.

It seems that everywhere you go you're faced with two sides of the issue. The ones who are trying to sell you pheromones tell you that they work while other sources say it’s a load of junk.

So what is it? What are pheromones, and do they work?

The Basic Principles of Pheromones

Before we dive too deeply into what pheromones are, let’s try to understand some basic principles first. Understanding these principles will shed some light on how they work and give you a better understanding of what to expect when using them.

Sexual attraction is something that has always been said is beyond our control. We either are or aren’t attracted to somebody, and there’s not a whole lot we can do about it. Or is there? 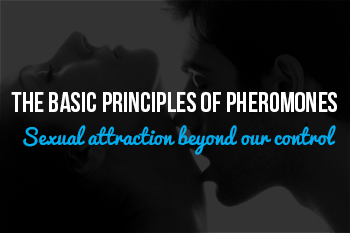 Imagine This Next Scene

Imagine this next scene. You walk into a bar and you find a man with two or three women on either side of him. How does he do it? Is he better looking than you? Does he play the game differently than you?

He may or may not have the same social skills as you. However, social skills are only part of the equation. The real answer is that his naturally-occurring pheromone level is probably higher than yours. 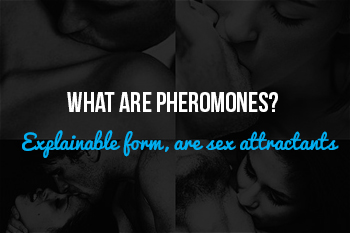 Pheromones, in its most basic, explainable form, are sex attractants. The give off subconscious sex signals. Inside your nose, and inside the nose of almost every human being, you will find what is called the VNO (Vomeronasal Organ). It is this organ that detects the seemingly odorless pheromones of other human beings that are usually secreted in both sweat and urine. What is interesting to note is only about 80 percent of human beings even have a VNO.

There is a group of scientists that chalk up the absence of a VNO to evolution. They have written their own fair share of papers that claim that the VNO is now a useless organ. However, science begs to differ.

Can Pheromones Make You Hot?

The answer this one is a maybe. Pheromones are not the only factor involved in sexual attraction. There are other social factors such as behavior, social skills and more.

But to chalk up pheromones to pseudoscience is simply untrue.

What Does Science Say?

In the study, saliva samples were taken from male participants to test for testosterone levels and cortisol hormone levels. Cortisol is a naturally occurring steroidal hormone secreted by the adrenal gland that is usually manipulated by stress levels. 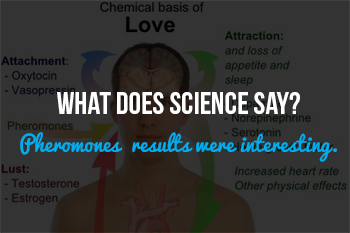 The men in the study were given two white T-shirts to wear for two nights while the study was being conducted. In the beginning, they showered and were thoroughly clean. Then, for two days they were told not to wear deodorant, use soap or cologne, and were asked not to consume alcohol, tobacco or any foods that give off a strong odor, such as garlic.

Separately, a control group of females were asked to smell the shirts. The shirts were rated for desirability, appeal and the strength of the odor that the shirts captured during the two days. They were rated on a scale from 1 to 10, with 10 being the highest in one being the lowest.

These women were also asked to complete surveys to determine their use of contraceptives and where they were at in their menstrual cycle.

The results were interesting. It was found that the cortisol levels had no effect on any of the rating systems – including attraction. It was found, however, that women who were at their peak stage of fertility found that the shirts worn by men with higher testosterone levels were found to have more attractive and pleasurable scents.

In a study like this, the physical appearance of the men had nothing to do with it. The women saw the shirts, not the men. In fact, the women had no idea what the men looked like. They were rating the shirts worn by the men based on scent alone.

While it was found that men with higher testosterone levels were found to be more attractive, it was unclear as to why or what caused it. The scientists speculated that it had something to do with the bodily production of a well-known sex pheromone known as androstenol.

Is It Time to Buy Pheromone Cologne?

It’s still a controversial research area. Many studies are concluded with differing results. Some studies have found that a women’s menstrual cycle has a lot to do with it while others completely dismiss the idea. What is for certain is that more research has to be done to definitively find the link between hormones and sexual attraction.

Spray It on and Go out 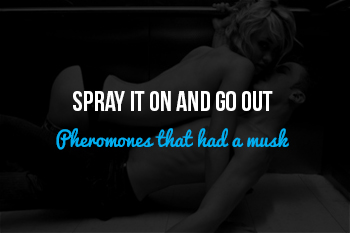 What pheromones won’t do is make women drop all of their defenses unnaturally and cause them to act like primal animals around you. Pheromones may increase your chance of having sex. However, it shouldn’t be the end goal right away.

Pheromones that had a musk–like odor had a substantial and profound effect on women. But that’s still not the key. You can’t just spray it on and expect to be overflooded by an abundance of women. It doesn’t work that way. There’s still a lot of other social factors that find their way into the mix.

The effects of alcohol can make someone more relaxed. Mixed with pheromones, you may find that women are more sensual and even become touchier. At that point, becoming touchier has nothing to do with sexual arousal. The pheromones you give off and the odor you give off has a lot to do with it, but don’t put all your eggs in one basket and bet that a woman will instantly take you home just have sex with her.

At the moment, three substances have been positively identified as pheromones that may alter the sexual attraction and reception of one human being to another.

Both of these pheromones reside directly on the skin of the men and women. When mixed with healthy bacteria that also reside on the skin, these pheromones are producedas part of a chemical reaction. Both of them are believed to have profound influences on sexual attraction between one person and another.

One significant difference between the two is the effect that androstenol has. It is believed that androstenol is responsible for the type of impression that a woman may get from a man in regards to intelligence, confidence and attractiveness. 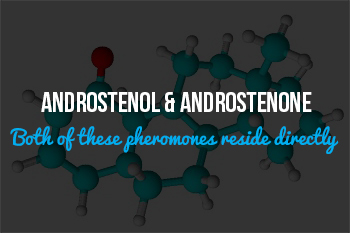 Androstenone, on the other hand, is believed to be the scent of male dominance and aggression. Women tend to be attracted to the alpha male who has both of these pheromones while other men tended to avoid him. This is where it comes back to our basic, primal and survival instincts that we have had for thousands of years. It is what has assured the continuance of our species up to this point.

Copulins are a different type of pheromone that is found exclusively in human vaginal secretions. The odor of copulins is believed to raise male testosterone levels and increase their sex drive. Furthermore, it always been found that copulins play a direct role in positively affecting the very perceptions of female attractiveness in targeted males.

But I Already Have Them?

This part is correct. You already do have your own naturally occurring pheromone levels. However, these levels get inexorably altered through bathing, can be covered up by clothing, can be masked by cologne, and your levels will decrease with age.

This is why there are so many pheromones in the market. Pheromones will not automatically make women clamber all over you. However, with the right social skills and attitude, pheromones can give you a boost and raise your own sexual attraction.