As a woman, what is the most effective way to attract a man? Squeezing into your favorite little black dress, styling your hair just right, spending hours in front of the mirror primping and preening, strapping on your mile-high heels and hitting the nearest bar with your friends may be fun, but often times we go home empty-handed.

So, what exactly is the secret to attracting a man? The answer will surprise you.

Pheromones, as described by Wikipedia, “[are] a secreted or excreted chemical factor that triggers a social response in members of the same species..” Dogs, bees, sharks, elephants, and even tigers use this technique to attract potential mates across vast distances, mark territory, and help establish social hierarchies. One of the most common uses of pheromones within the animal kingdom is to attract a mate.

If it works for animals, why not people? Scientific research suggests that pheromones play an important role in many social species. Ever wonder why hundreds of bees will remain docile together, but the moment one bee stings, the rest follow suit? What about why Fido takes forever to sniff the fire hydrant where all the other dogs have done their business?

Conversely, have you ever wondered why stress sweat smells much worse than regular sweat? Or how one brand of cologne smells different depending on the man wearing it?

Scientists have found that pheromones, when worn like a perfume, can elicit certain social responses. They’ve bottled these pheromones and have proven their worth. Not only has True Pheromones figured out how to attract the opposite sex with pheromones, but they’ve also found out how elicit other certain responses, depending on the social situation.

Success in the Workplace 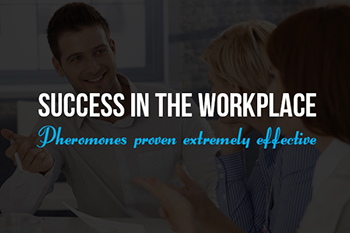 Pheromones in the workplace have also proven extremely effective. We all know that sometimes gender can get in the way of office successes, and often women feel restricted in the workplace because of their femininity. Men can often put up walls and stay on their guard for the simple fact of gender differences. Use The TRUEOpener aka “The Icebreaker” to help eliminate men’s subconscious wariness and get past gender. With a winning combination of alpha and beta androstenol pheromones, The Opener focuses on approachability and effective communication.

Looking for something a little more powerful? Try the TRUECommunication blend--not only does this product promote effective communication and helps break down social walls in men, but the Estratetraenol and Copulin combination also stimulates testosterone production in men, which means men are caught off-guard and are less likely to hide their emotions… talk about a dream come true!

When it comes to gender in the workplace, pheromones help level the playing field. While many men and women would argue otherwise, women have extra hurdles to overcome at the office, and a glass ceiling to shatter at the end of the day. Pheromones help effectively boost communication and overcome wariness in the workplace.

Relationships take work. Each area of a relationship is like a cog in a wheel, with every aspect of the relationship attributing to its success. Communication, sexuality, openness, humor, vulnerability--all of these characteristics makes up the mental, emotional, and physical aspects of a relationship.

So, what happens when one of the trifecta goes lackluster? Sometimes we don’t give our relationships the attention they require. Other times, our men don’t give us the attention we require. However, pheromones can help your man cut straight to the chase and subconsciously understand exactly what you’re looking for. Pheromones are a great way to rekindle what has gone stale. He will always love you and think you are beautiful, but pheromones subconsciously attracts him to you all over again. 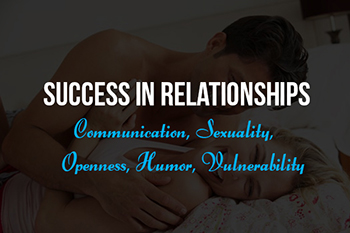 Looking for more attention in the bedroom? Give your sexuality a makeover with TRUESexiness, a potent blend of Couplin and Estratetraenol that will skyrocket his testosterone levels, and make you instantly sexy.

Use the TRUELove to build your relationship and reconnect as a couple. A blend of about four different pheromones, this combination will help to establish trust, open communication, and subconsciously tap into your man’s protective instincts. Let him show you how much he cares for you.

Pheromones: It’s all about Instinct

Pheromones are an untapped resource when it comes to human beings. Pheromones can be used in a multitude of situations, and help people gain the upper hand not only in attracting a man, but also in maintaining a relationship, rekindling a fire, or even breaking through a glass ceiling.

Not sure which to try first? Try the Complete Attraction System for Women, then choose which pheromones work best for you! The sample kit is perfect for trying out each blend in different social situations, and tailoring the types of pheromones that would most benefits your lifestyle.