A pheromone is a type of chemical produced by an animal that changes the behavior of another animal of the same species. Most people think that pheromones only affect sexual behaviors, but in actuality, they can trigger many other types of behaviors. Pheromones are the chemicals behind our interactions with those around us, and they can affect little things like keeping eye contact with someone and even shaking someone's hand. They work by subconsciously triggering an emotional connection in someone's brain.

Unlike insects, Pheromonal odors in mammals don't have to be smelled to be received. One can still feel influenced by pheromones without being attracted by any scent whatsoever. Closeness is the key factor in whether or not someone will be affected by pheromones. For example, pheromones are in our sweat. They begin to affect those around us when they are released into the air.

In humans, there are four principal types of pheromones. Releaser pheromones are usually linked to sexual behaviors, and elicit a rapid response from the receiver. Primer pheromones take longer to get a response, but can alter hormone levels and reproduction physiology. Signaler pheromones provide information and put out a genetic odor print. Modulator pheromones can alter or synchronize bodily functions. 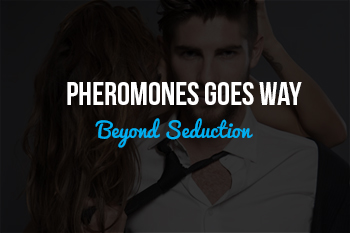 The power of human pheromones goes way beyond seduction. Pheromones can be used in positive ways to improve one's daily life. For example, pheromones can be used in a professional atmosphere, like in the workplace. A first impression never happens twice, and pheromones can definitely aid in making a great first impression. In the professional world, when meeting a client or fellow associate for the first time, the first four seconds of the interaction are key to making a lasting impression. Pheromones provide you with the power to improve how others perceive you. You can enhance your image, and maximize the openness of employees and clients. You can boost their energy and enthusiasm.

Pheromone molecules are released from your skin 24 hours a day. Your body produces them naturally. But, imagine if you could add to your own pheromones, to make them more powerful. You could have a positive outlook every day, and could feel like you're in control of how the people around you react to you. And in a way, you will be, because people will be responding to your upbeat nature and body language.

Based on many years of scientific research, there are products that can enhance your daily pheromone output, and will enhance your mood and improve your interpersonal relationships. 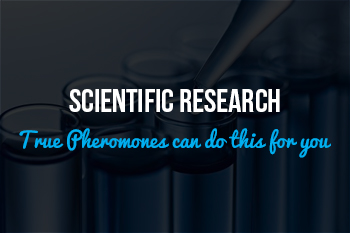 The products that you can buy feature the most popular types of pheromones. Alpha androstenol and beta androstenol are unisex pheromones that inspire feelings of comfort and connection. Androstenone is a pheromone that is usually common in males, but can also be common in females. It is meant for boosting one's self confidence. Estratetraenol is a pheromone specifically for women that increases attentiveness. Using these pheromones in the workplace can elicit the kind of response you want from your boss or fellow employees. The chemicals will have an immediate effect on them, and they will also psychologically give you the boost you need to feel great about yourself. 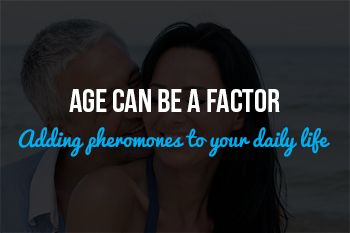 When using these products, you will see how the people around you change. People will talk to you more, make eye contact with you more often, and express more friendliness than usual. Their body language will change, and they will want to be around you more than normal. This is just something that naturally happens when you give out strong pheromones, and they remain in the air.

Some people produce more pheromones than others. Age can be a factor. It has been proven that people in their 20s and 30s produce more pheromones than people who are 40 and older. Typically, someone's pheromone output peeks at age 18. So, if you are in your 40s, and you feel as though you have less confidence and energy than you once had, adding pheromone products to your daily routine might be the answer. They will heighten your social skills, and make interacting with people feel effortless.

Adding pheromones to your daily life could be the key to success, in your personal life, and in the workplace. Pheromones will give you the natural confidence you need to improve your overall life.